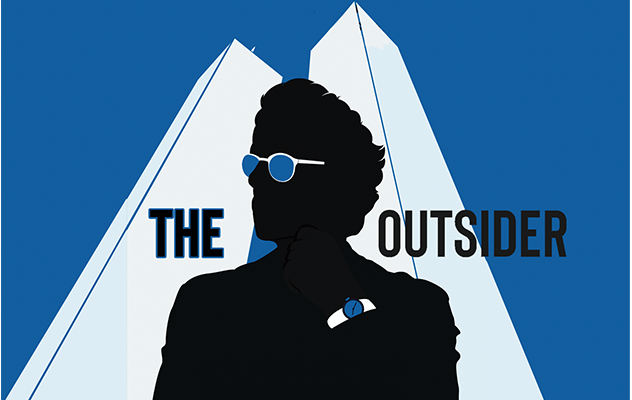 On 9/11 – he watched the attacks and walked down to the site. It would change his life. Shulan’s space became a crowd-sourced gallery of 9/11 images. Powerful, personal, and deeply democratic. His passion – to help America heal and ask hard questions. He’d battle to build it – but face powerful obstacles. The story of 9/11 won’t allow for questions or contemplation. The creative leader fights a daily battle to keep his vision alive.

Michael Shulan was a writer of dime-store children’s paperback books. The attacks on the World Trade Center changes his life forever. He turned his Spring Street storefront into a now famous crowdsourced photo exhibit called “Here Is New York.” For five years, he was known as the leading expert on 9/11 photography.

Then, the lifelong outsider was was named the Creative Director of the National 9/11 Museum at Ground Zero.

Rosenbaum, Yoder, and their documentary team had extraordinary access to the site, and to private internal meetings never before revealed. The conflicts around the museum’s curatorial process reflect the complicated feelings Americans have about 9/11 today. Being a fly on the wall as history is written provides a gripping journey into a piece of American history that is unsettled and unsettling.

The assets of The Outsider comes from our legacy of work around the subject. When we found ourselves standing on the roof of our company, we watched as the second plane hit the south tower. The decision to face the attacks at the World Trade Center would result in two things, a film “Seven Days in September,” and The  CameraPlanet Archive, the largest collection of 9/11 footage in the world.

For 7 years we shot, every week, throughout the site, our camera rolling as the team debated what American’s were ready to face. We were there every week. Cameras rolling, as historians fought, debated, and challenged the very nature of what history would remember.

Today we have an extraordinary 670 hours of verite material in addition to the 500 hours of the CameraPlanet Archive. All exclusive, and most never before seen.

There is no one better able to tell this untold story. The material is literally irreplaceable and unseen.